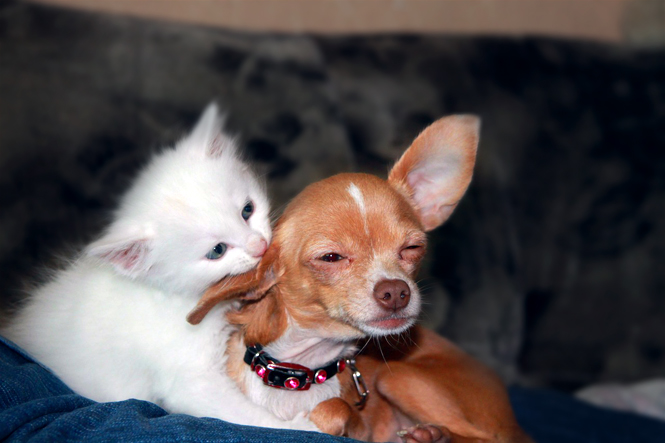 The personality difference between cats and dogs often inspire interesting works such as the sad cat diary and the sad dog diary. In general, dogs are thought to be more loyal, friendly and outgoing while cats are seen as solitary not-too-sociable creatures.

Related: You Can Give Money for Free!

It turns out that people pick a pet that has the same personality as them, so introverted people have inclinations towards cats and extroverts towards dogs. According to a recent study, there may be a correlation between an individual’s pet preference and intelligence, which begs the question – who’s smarter, cat people or dog people?


The study surveyed 600 college students about their pet preferences and included questions that assess their personalities. More people saw themselves as dog people at 60 percent and cat people were at 11 percent. The remaining either liked both or neither.

Researcher Denise Guastello stated, “It makes sense that a dog person is going to be more lively, because they’re going to want to be out there, outside, talking to people, bringing their dog…Whereas, if you’re more introverted, and sensitive, maybe you’re more at home reading a book, and your cat doesn’t need to go outside for a walk.”

In a study presented at the annual Association for Psychological Science, the results showed people who described themselves as cat people scored higher on intelligence than those who identified as dog people.

The reason may be because dog people are often outside with their dogs interacting socially, while cat people are indoors with their cats either reading books or “intellectually engaging” online content. This however, is not a definitive study because of the fact that “intelligence” is subjective.

Dog people are not out of luck

Studies have shown intelligence is not necessarily the most important aspect of becoming successful but emotional intelligence. Emotional intelligence, comprised of interpersonal competence, self-awareness and social awareness, would seem to be a trait possessed by extroverts. It’s not all about what you can do, but what the people you know can do, so dog people have some good things going for them.