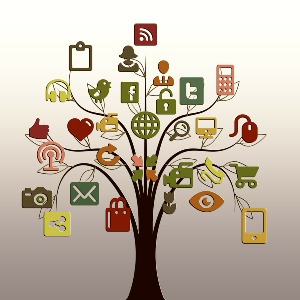 Remember all those jokes about young people doing Facebook updates all the time? Turns out, who ever made those jokes probably posted it through Facebook and not through Twitter because they don’t know what is “coolio” these days. A recent study on human behavior focusing on the two social media giants, Facebook and Twitter, found a very interesting correlation with personality type and social media active use.

The Journal of “Computers in Human Behavior” performed a study on human behavior in relation to use of social media.[1] Unlike other pertinent studies, they focused on the active usage (posting) of the platform as opposed to consumption (looking or browsing).

The researchers thought the majority of narcissists would prefer Twitter. “Twitter … lends itself more readily to frequent, self-centered updates and provides for the shallow, non-intimate, non-reciprocal relationships … more likely desired by narcissists.” The evidence, however, showed younger narcissists preferred Twitter while the older narcissists posted on Facebook more often. The study didn’t get into the reasoning behind these observations. Davenport, said it could be due to the rate by which each demographic of narcissists pick up new online trends. Younger individuals are up-to-date on the latest trends while old folks are just getting into Facebook.


At the tip of your finger

The findings in this study show how social media is a narcissists’ wet dream. Mostly because it gives them rewards frequently in the form of tweets or likes from many people. Additionally, this implies narcissists are the most active content producers of social media content. With this in mind, future social media campaigns could be best targeted towards narcissists to increase the probability of the campaign gaining as much publicity as possible since according to the study, narcissists would most likely share their content more if it enables their narcissistic tendencies.

Despite the fact that media tends to stigmatize narcissism, it is not necessarily a bad thing. We all have different personality traits, most confident individuals have slight degrees of narcissism in them. That doesn’t make them a bad person.

It is important to take note that simply having a particular tendency toward a personality trait is not a sickness or a psychological disorder. Scientifically speaking, a personality trait only becomes considered a psychological disorder once it gets in the way of a person’s ability to function. A good example of mild narcissism that is mildly function aversive would be posting on twitter and facebook to serve the excessive need for admiration which in turn affects your “IRL” relationships. An extreme example would a narcissist killing someone who disliked all their dog pictures in order to protect their heightened sense of ego.