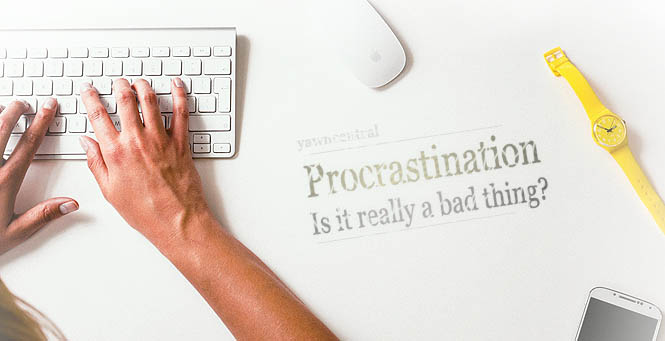 We hear it everywhere, read it everywhere, and we even feel that procrastination is a bad thing. However, is it really detrimental to our well being and personal development?

I’m not gonna lie, I procrastinate. Just before I wrote this paragraph I went to r/jokes and chuckled a bit. I then went on YouTube and searched some Louis CK clips until I realized I’m supposed to be writing. If you look at it from a productivity perspective, procrastination is a bad thing since I spent time just fooling around on the internet. But is that really all I gained? One thing I’ve learned about the human mind is that many of our natural reactions to stimuli have a purpose.

To really be sure, we need to understand what procrastination is.


So what is procrastination

In layman terms, procrastination is basically doing things that are relatively fun instead of stressful activities such as writing a research paper or getting your chores done. Psychologically speaking, it gets a bit more complex than that. In 2010 Peir Steele wrote “The Procrastination Equation.”

In this book he mentioned the strong connection between impulsiveness and procrastination. Steele and Cornelius J. König formulated a mathematical equation called temporal motivation theory. Now don’t get a heart attack, the equation below may look more complicated than it actually is.

Now I will tell what each of the variables mean before I explain to you the meaning behind the equation and how its related to procrastination.

What the equation means

So if you touch up on your math division skills, the number on top is divided by the number at the bottom. That means the bigger your Expectancy and Value is, aka the easier it is to achieve the outcome and the greater the reward, the more motivated you will be.

Now the bigger the bottom number is, the greater it divides the top. The bigger the Impulsiveness and Delay, aka the more you want instant gratification and the greater delay it takes to achieve what you are trying to achieve, then the more it will divide the product of Expectancy and Value thus decreasing your overall Motivation.

How it applies to procrastination

In reality you are actually dealing with several of these equations. You basically assess how motivated you are to do the productive activity or how motivated you are to do something more pleasurable. Productive things obviously have greater rewards but the time it takes and the effort it takes to achieve them are often more difficult than pleasurable easily accessible activities. If your need for instant gratification (impulsiveness) is high, then it just destroys any of your motivation for the productive activity.

Simply speaking if your impulsiveness is always high, you will continually opt for doing the more pleasurable activities resulting in chronic procrastination.

So is procrastination really bad for you?

From this perspective its pretty obvious that procrastination is destructive and I’m just doing the whole “Is procrastination really a bad thing” to create some artificial controversy in this article.

It has a purpose

Procrastination actually has a purpose. It is our minds way of escaping stress and comforting ourselves by subconsciously choosing to delay our action. Imagine how frightening it would be if we can’t procrastinate while doing something that gives us a lot of mental stress.

It would be the definition of mind forged manacles. A physical example would be similar to not being able to instinctively move your hand away when your arm starts to get burned.

Procrastination is one of our coping mechanisms that allow us to move away from what we find psychologically painful. So taking from that not all procrastination should be seen as a bad thing.

When is it bad

It applies to procrastination as well. Some procrastination may in fact be helping us function because it keeps us psychologically sane. However, there are situations when procrastination is keeping us from doing normal functioning such as staying in bed for hours everyday playing Candy Crush because the thought of getting up and doing important day to day things such as eating and showering is too stressful.

So what is the correct way to control procrastination

With all that said, to truly reduce procrastination, we should stop looking at it like its a bad thing, but rather look at procrastination as a natural reaction.

I will tell you the correct way of reducing procrastination by teaching you how to live with it in a way that will allow you to maximize productivity but still allowing yourself enough psychological relief that you don’t end up getting overwhelmed. I’ve written The Definitive Guide to Overcoming Procrastination.