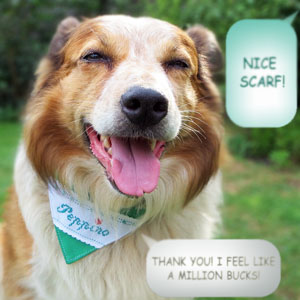 Before you start getting excited thinking this article will help you get rich quick, I urge you to hold off on those yacht-buying shoe-shopping vacation-cruising dreams of yours. We are here to talk about money, but not in the traditional sense of the word. We are here to talk about the neurological effects of receiving monetary value and how a compliment is similar to receiving money.

You head for work, or school, or wherever then out of nowhere someone approaches you and gives you a compliment. “Hey your hair looks amazing,” or “Hey you are super gorgeous, can you please have my babies.” That seemingly small gesture ends up making the rest of your day pure delight. You’d feel like you are walking on fluffy little clouds with sprinkles of marshmallows on them. Its an amazing feeling. A study in japan claims receiving a compliment is way more than just impressing someone. According to Professor Norihiro Sadato, the lead professor at the National Institute for Physiological Sciences in Japan, “To the brain, receiving a compliment is as much a social reward as being rewarded money.”[1] Receiving a compliment is neurologically similar to receiving cash. The Straitum, an area of the brain activated when someone receives cash, is the same area activated when someone receives a compliment.

Now don’t use this as an excuse to never give money ever. Unfortunately, people can’t use compliments to buy food. In terms of practical applications, however, during times of financial difficulties business may be able to prevent the erosion of moral among employees by being more compliment-aggressive. Despite the similarity between money and compliments, compliments just don’t have the same psychological and practical impact of money.

A meta-study by Science Magazine claims that money triggers an individual’s longing for freedom. They looked at nine experiments concerning money and they found money is associated with feelings of self-sufficiency, and preference to be free of dependency and dependents.[2]

Giving a person a compliment is the same as giving them money, and money is associated with feelings of freedom. Whenever you give someone a compliment, its almost like a reminder to them that they are free from the bindings of inadequacy. That may be the reason as to why receiving money and receiving compliments just makes someone very happy. Specifically, money rids people of feelings of financial inadequacy while compliments rid people of emotional inadequacy from personal insecurities. The lesson of the story is, give compliments, they are almost like money.