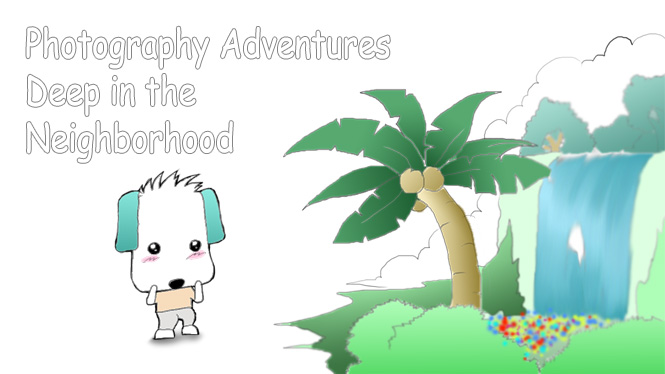 Welcome to the 2nd Photography Adventures with MrCloud. If you want to see my first session you can see it here. This time, I decided to take a relaxing photography session close to home. Stick around to see three of my favorite photos!

You must be thinking I’m just too lazy to go somewhere else. Well you’d be wrong about that because how I came across this area was pretty interesting.

Ever since I was a kid, I loved strolling around the neighborhood finding new and interesting locations. I would often get injured in some sort of way or chased by dogs, but I kept doing it because the excitement of finding cool places is just too much to resist. As you can see I still do it from time to time now that I’m a grown man. It’s kind of like real-life Skyrim for me as nerdy as that sounds.

This area is interesting because I discovered it while I was jogging around the neighborhood. The funny thing is I’ve been living around this area for 2 years and never really thought about exploring deeper into the neighborhood. It’s the typical American suburban neighborhood with square lots and identical looking houses, so you can’t blame me for not expecting much of a variation in scenery.


Little did I know this neighborhood actually had a more upscale housing area deep into the heart of it. I felt like the characters in movies who run into a hidden paradise deep within the forest with waterfalls and deers and butterflies. For some reason, they always meet an attractive girl hanging around this said paradise for whatever reason and ends up doing nasty stuff behind some shrubbery or something, but anyways I digress.

This area was similar to that but instead of a paradise its an upscale housing with fancy irregular-shaped lots, perfectly pruned plants, and a really really nice looking road. They even have a nice recreation center for all of the residents there. Unfortunately no attractive girl waiting to be taken to “paradise.”

Since this area was a nice and pleasant discovery I decided to go back and take some relaxing pictures as I stroll around. I did meet some nice locals (technically my neighbors) who are older folks. One of them was nice enough to let me take a picture of her puppy. 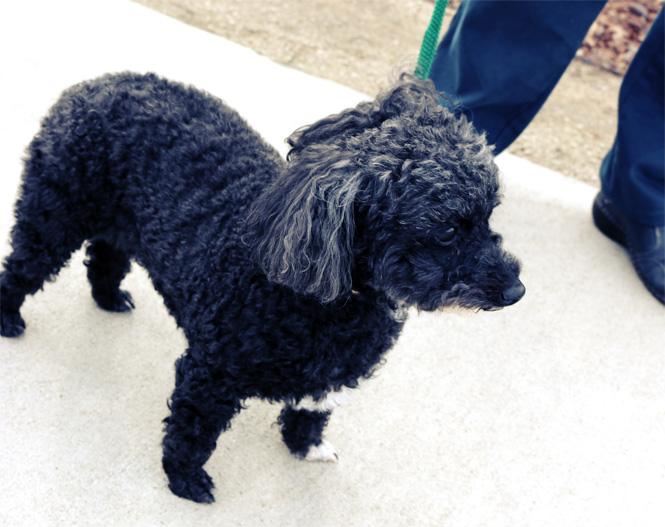 I kinda felt bad for the lady because she was like “Oh hey puppy you’re going to be famous! Is this for the paper or something?” And I was like, “Nope just for my website.” She was a nice lady nonetheless, I would have chatted with her more but I was too giddy to take some landscape pictures. 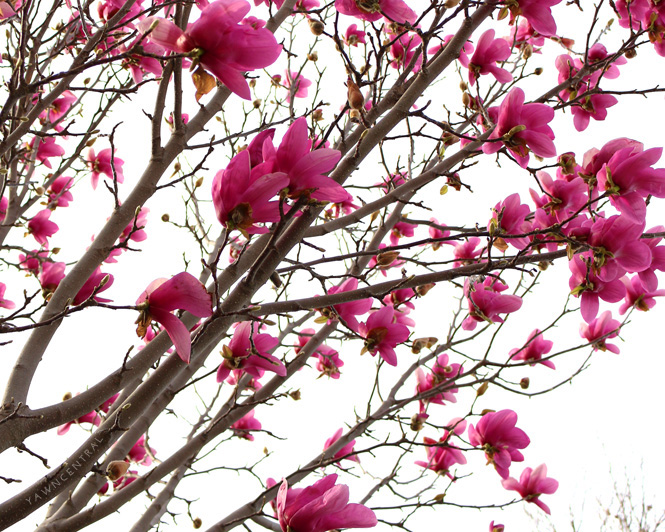 The area within this nice neighborhood I’m planning on taking photos of is actually the park. Its a park with a fancy fountain/pool in the middle of it. It even has it own mini golf course and its own outside gym.

This picture was taken on my way there. I saw these nice pink flowers. I didn’t even know what kind of flowers these are (and still don’t), but they looked fantastic so I decided to take a photo. The resulting picture came out beautifully. It looks like its a bunch of pink butterflies flocking together. 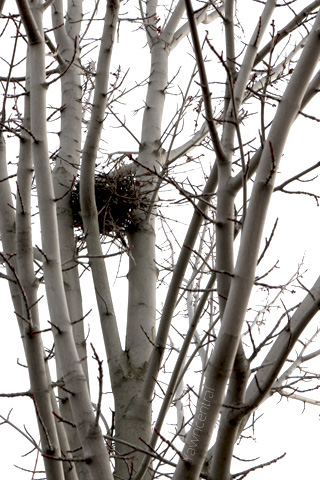 When I got there I took some photos looking up at trees. Then I was surprised to see one tree had a bird’s nest in it. I thought “maybe I should climb and make myself an omelet.” I was too lazy so I took a picture instead.

As I was taking photographs of the minigolf area and the outdoor gym area I realized they don’t really make for good photos. Primarily because they were not that interesting. Secondly they were too close to houses and I would be doing what is as considered invasion of privacy. I’m not a lawyer, but doesn’t hurt to be extra careful. Don’t want the feds to seize the 10 dollars to my name. So this is the most interesting photo I have taken of the mini gold area, which is not too interesting but shows you quite a nice close up of the nicely cut grass. 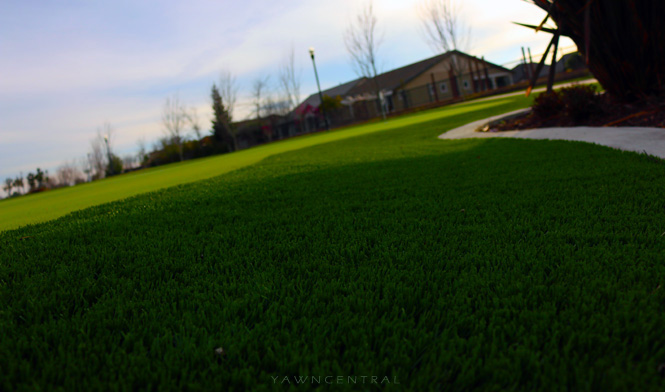 After strolling around and chatting with some of the park visitors I went to the fountain area which I think is the best asset of the park. Not only does it look gorgeous, the flowing sound from the fountain is very relaxing, so I spent quite a lot of time there just hanging around and breathing fresh misty air. 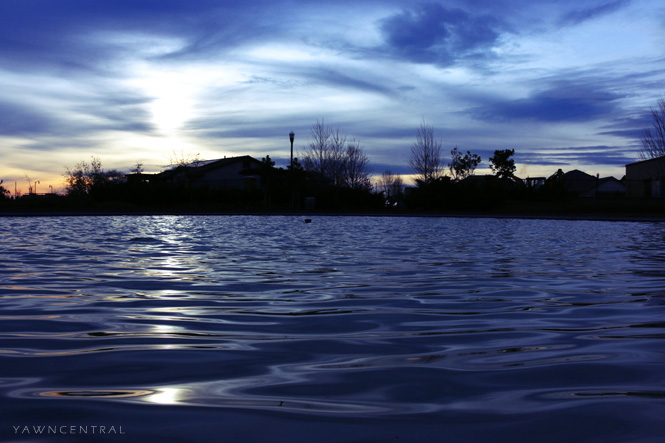 Even though it was still pretty bright when I took this picture, I cranked up the shutter speed way up for this photo so that I could capture the detailed movements of the water in the fountain and also capture the sky above. The result was the shutter only allowed a limited amount of light into the sensor so it seemed like it was darker than it actually was. 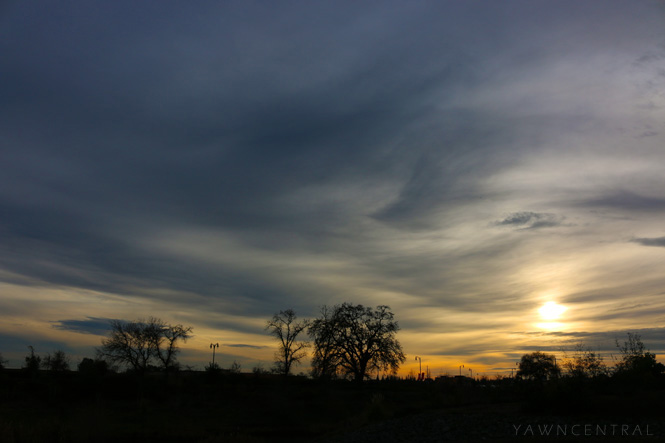 This picture was taken with high aperture and high shutter speed as well so I could focus on the details of the sky. I thought it was pretty interesting because it reminded me of the intro scene in Lion King, which is one of the best Disney movies ever. Yes, better than frozen. Take that Elsa.

As I kept on taking pictures when I looked up at the sky behind me, there was something that caught my attention

Something Unexpected and My 3rd Favorite Photo