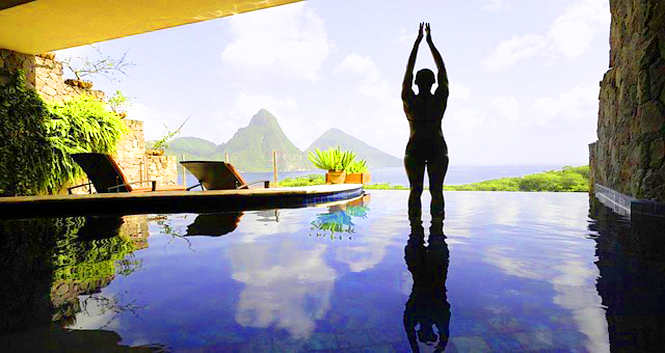 There are many kinds of yoga. The 5 most popular paradigms of yoga are Hatha, Bikram, Vinyasa, Kundalini, and Power Yoga. Each practice has its own unique set of moves and conditions to achieve differing purposes in improving health and wellness.

Related: Relaxation May Hold The Key To Breaking Free From Depression

An Overview of Each Style

Bikram is also known as “hot yoga” which is doing yoga in a hundred degree Fahrenheit room with very high humidity. Basically, make sure you know how to swim because you’ll be drenched in your own pool of sweat by the end of the session. Vinyasa yoga is a more generalized yoga which focuses on the “flow” of poses. This type of yoga is prolifically used by instructors due to its flexibility whether you want to take the cardio route or the strength route.


Kundalini yoga is great for strengthening your core and abdominal area. Power Yoga is perhaps the most popular yoga style in the United States. This is the yoga that makes you feel like you’ve been hit by a bus the day after because you are sore in areas you’ve never been sore before. Basically if you have an annoying friend who keeps saying “yoga is easy,” this is the yoga you take them to.

Finally, Hatha Yoga, also known as “gentle yoga,” is a very popular yoga style for older people and beginners because of it’s physically-forgiving poses. Unlike power yoga, it does not focus on the physical benefits of yoga, but instead it encourages the participants to settle down, relax and focus on uniting the mind and body in a graceful unforced way of relieving stress.

Before you start saying “boring” and do a quadruple back-flip into your power yoga class, it turns out relaxation-focused yoga has it’s own unique benefits that may not be achievable in other types of yoga. According to a study led by Nahe Gothe with University of Illinois kinesiology and community health professor Edward McAuley and Beckman Institute director Arthur Kramer, Hatha Yoga may in fact boost brain functions in older adults.

The research involved 108 participants ranging from ages 55 to 79 years of age. The first group practiced Hatha Yoga for three times a week for eight weeks, and the second group (control group) did the same amount of activity but did stretching and toning exercises instead of yoga.

The researchers stated the increased focus promoted by Hatha Yoga may have helped the participants focus more efficiently when doing day to day mental activities. According to McAuley, “Participants in the yoga intervention group showed significant improvements in working memory capacity, which involves continually updating and manipulating information.” In a way, it would seem Hatha Yoga allowed the participants to de-clutter their minds and allowed them to use their full cognitive capabilities to handle the tasks in front of them.

“The eight-week yoga intervention may have boosted participants’ performance by reducing their stress.”

The lead research Neha Gothe clarified, “These studies suggest that yoga has an immediate quieting effect on the sympathetic nervous system and on the body’s response to stress…Since we know that stress and anxiety can affect cognitive performance, the eight-week yoga intervention may have boosted participants’ performance by reducing their stress.” The reason Hatha Yoga induced an increase in the participants’ mental capabilities may be primarily due to it’s relaxation-centric approach.

Despite the fact that the study was performed on older adults that doesn’t mean Hatha Yoga may not have equal or greater effect on younger individuals. The essential piece of information to be taken from this study is it further solidifies the recent emerging trend of relaxation-centric activities’ surprising many and broad health and cognitive benefits. This is not to completely ignore the health benefits of more physically demanding yoga practices. In fact, it is recommended for people who desire to push their fitness to the next level, but for people who are looking for an escape from the stress and want to increase cognitive performance, Hatha Yoga is the way to go.