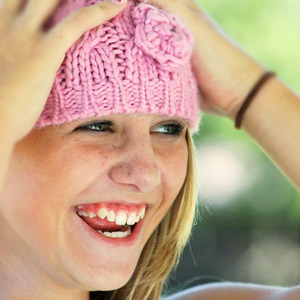 Women are tougher than men, but not in the literal sense of the word. As it turns out, having more of a particular bodily element makes women better at dealing with chronic stress.

No its not the length of hair, or the average body fat percentage, or how good you are at taking selfies, nor is it the number of your twitter followers.

There have been many studies that suggest women are better than men when it comes to coping with stress but not a lot of studies have found evidence explaining why that is the case. A study by the University of Buffalo may have found scientific evidence pointing to the answer.

Rats were subjected to a week of physical restraint stress tests. To test the effect of stress on the rats, the researchers measured the rats’ level of memory impairment. Memory impairment represents a disturbance in crucial receptors of the pre-frontal cortex that governs high-tier cognitive functions like emotions and behavior regulation as suggested in their past study primarily focusing on male rats.[1]

Both were subjected to stressors meant to mimic “challenging and stressful experiences,” but nothing that would be perceived as life threatening. The stress level was moderate. As expected the female rats’ memory was not impaired by the stress. The male rats, however, were obviously shakin’ in their boots showing impairment in their short term memory.

Embrace the woman in you

The implications of this study are obvious, steps towards forging a drug, that can help men or women (who have low estrogen levels) relieve stress problems, can be taken. There are also studies that suggest its the female’s tendency to “tend and befriend” which shield women from stress while men are more prone to overreact with the “fight or flight” tendency.[2]

There are some fields by which the research team at the University of Buffalo could perhaps expand upon. It is a fact that the rats were exposed to moderate level stress. Based on the biological design of the female sex hormone, estrogen, it possible that this female sex hormone is most applicable during times of low to moderate stress.

The male sex hormone, testosterone, seems to be designed for more life threatening situations. Perhaps the hypothesis that testosterone allows for better stress reduction when exposed to extreme levels of stress should be tested as well.

The findings in this study certainly show one of the reason’s why women have had a resurgence in success lately. There may in fact be more improvement needed in understanding the struggles of women in society, however, as suggested by the findings of the study women may in fact have a hormonal advantage. In today’s modern society where most problems range from low to moderate stress, women certainly have the edge at keeping their cool.

So next time you see your friend stressing out over a low to moderately stressful problem, you should tell them “stop being such a guy.”